The European Commission approved funding for the proposed foundation of a new Centre of Excellence in Prague, Czech Republic. The joint project proposal of the Max Planck Institute of Molecular Cell Biology and Genetics (MPI-CBG) with a Czech partner institute was chosen out of 209 proposals and will receive 400.000 Euros to prepare a robust business plan for the new centre. 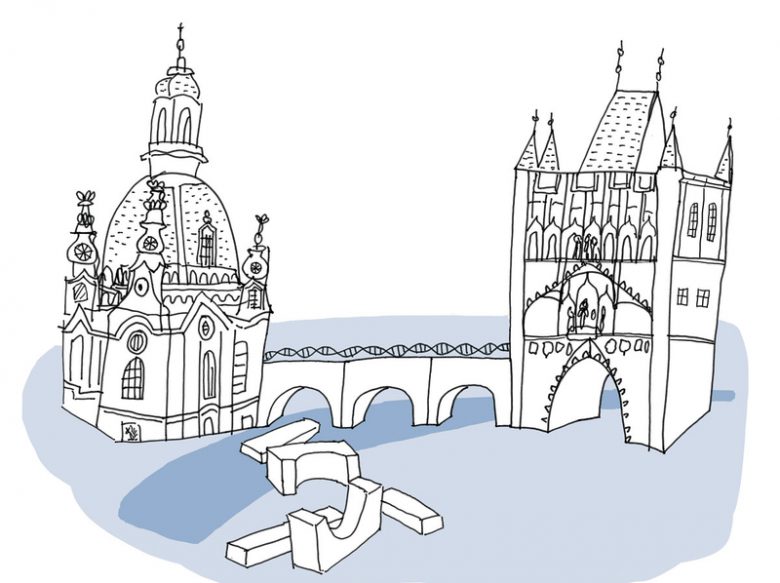 There are still large differences in the success and performance of scientific research in different parts of the EU. New member states especially struggle to reach for the most competitive EU research funding such as the coveted ERC grants. One way to address this problem is to pair up established and highly successful research institutes with their thematically related counterparts in underperforming parts of Europe. That is the idea behind the funding program “Teaming for Excellence” in the context of the “Horizon 2020 – Research and Innovation Framework Programme”.Recently, the European Commission approved funding for the proposed foundation of a new Centre of Excellence in Prague, Czech Republic. The Advanced Research Incubator in Biosciences (ARIB) is joint project between the Max Planck Institute of Molecular Cell Biology and Genetics (MPI-CBG) in Dresden and the Institute of Molecular Genetics of the ASCR, v. v. i. (IMG) in Prague.  By attracting young international research talent, it will bring to life the advanced research infrastructures recently established in Prague and the surrounding Central Bohemian Region. The source of excellence will be the MPI-CBG who will support the expansion of IMG and its elevation to a new level of scientific competitiveness. The proximity of Dresden and Prague is the key factor facilitating the effective transfer of excellence. The project builds on a foundation of prior scientific interactions between IMG and MPI-CBG such as the Dresden Prague Science Exchange (DPSX) seminar series.Out of 209 proposals submitted to the “Teaming for Excellence” program, only 30 were selected. Initially, funding of approximately 400,000 EUR has been granted in order to prepare a robust business plan for a new centre. If the proposal succeeds in the next round of competition, the new centre will be implemented in the coming years with a funding of 15 to 20 million EUR from the EU and matching funds from the Czech government.The proposal envisions to awaken the dormant research synergies between Dresden and Prague by creating a center of excellence for disseminating quality biomedical research and fostering the next research generation. It is designed to nurture the work and career of young researchers and will provide an infrastructure that enables them to generate innovative research findings and inventions. Once the centre is up and running, it will serve as a role model for further implementation in the Czech Republic.

Congratulations from the State Minister

The Saxon State Minister of Science and the Arts, Dr. Eva-Maria Stange: “The government of the Free State of Saxony is convinced that the Teaming Project ARIB is especially meaningful: It contributes to the expansion of scientific excellence and its possibilities within the European research environment. It also fosters scientific collaboration across borders between Germany and the Czech Republic with a huge potential for innovation, competitiveness, and sustainability of our region. I was personally interested in this project from the very beginning and supported it in my role as Minister of Science together with the Czech Vice-Premier. I will gladly continue to support this project and am very happy about this first success! Congratulations to the driving forces behind the ARIB project, the scientists of the Dresden MPI-CBG and their Czech colleagues! They deserve maximum success and the EU funding in phase 2.” It is important to note that Dresden and Prague are intertwined by a rich cultural history that stretches back for centuries. The bridges between Dresden and Prague have been built on a cultural level as evidenced by the annual Czech-German Culture Days festival in Dresden. It is about time to build a scientific bridge that will benefit the society in both regions.

Original version of the press release published at the MPI-CBG website.

News about ARIB to your e‑mail

We will keep you informed about progress in the ARIB project.